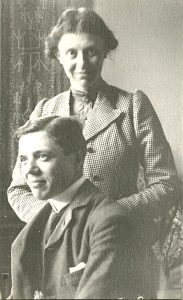 Frederick Whelen worked in the theatre before the Great War and had been Chairman of the Stage Society. (1) A Fabian Society member, he wrote a tract entitled ‘A Plea for Poor Law Reform’ (1893). (2) During the Great War he was a speaker on patriotic subjects, (3) and became a peace campaigner in the interwar years, delivering over 3000 lectures on the League of Nations  and its activities by 1929. (4) A member of the League of Nations Union  (LNU), he became its chief lecturer, travelling all over the country to speak to local LNU branches, from Aberdeen to Penzance. He also talked to school pupils, either in large public meetings or individually, often being the school’s first contact with the LNU. He inspired pupils to learn more about the League of Nations and encouraged them to form LNU junior branches. He often visited schools and local branches more than once. (5)

Frederick had attended all the League Assembly Meetings at Geneva and travelled extensively in Western and Central Europe, using his experiences to make his talks interesting. He lectured on the League of Nations in Canada and America in 1924 and again in America in 1937. During the Second World War (WW2) he was kept in a German internment camp in France for more than a year and detained in France for the duration. After WW2 he continued to support the peace ideals and lectured about the United Nations Association, the successor to the LNU. (6)