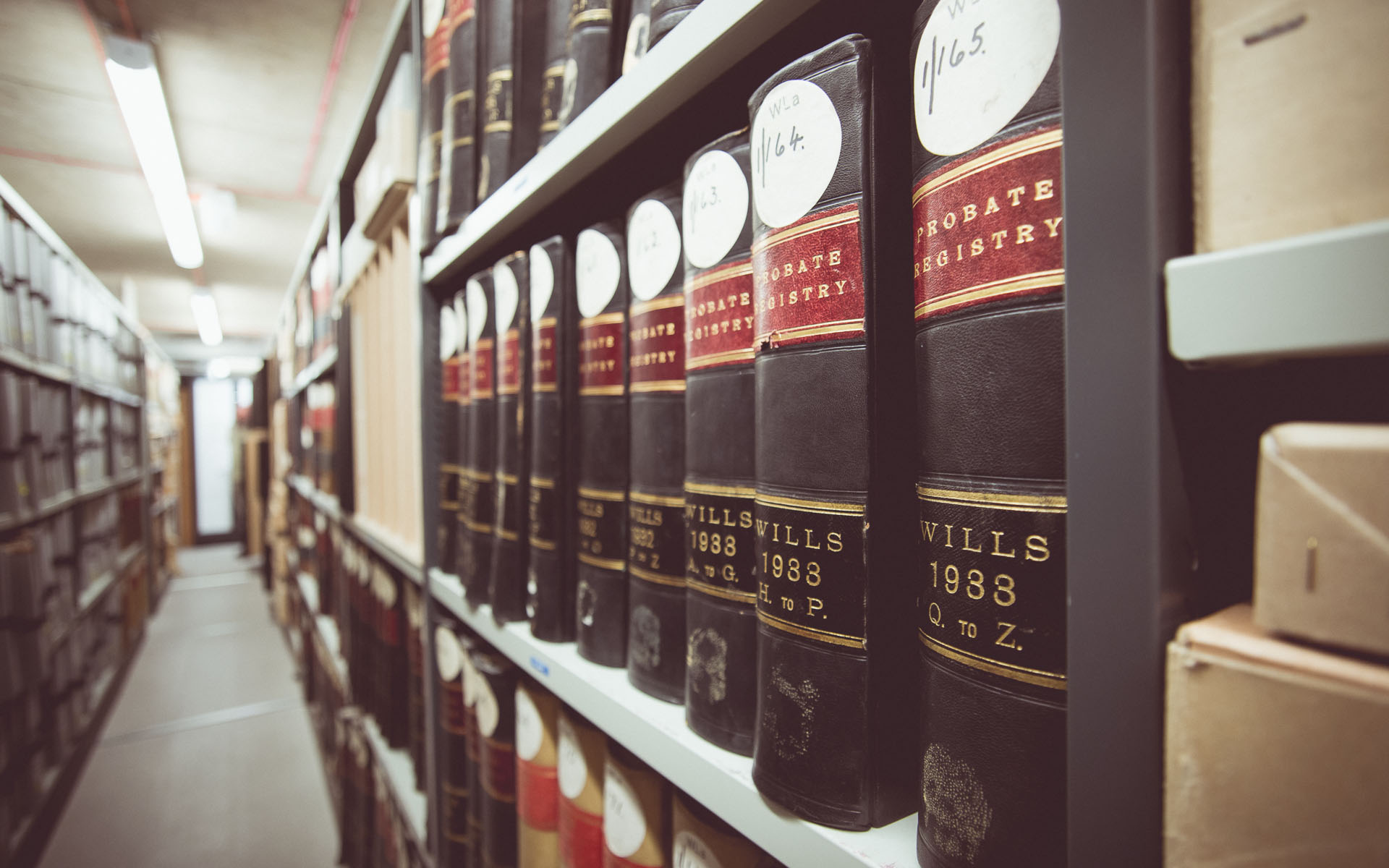 As a result of the huge numbers of casualties at the beginning of World War 1, compulsory military service for men aged between 19 and 41 was introduced by the Military Service Act of January 1916. This was the first time that Britain experienced conscription and it brought questions about the relationship between personal conscience and the actions of the state very sharply into focus. Here are the stories of some conscientious objectors (COs) with Lancashire connections from World Wars 1 and 2.  >> READ MORE

Fenner Brockway is a significant figure in British twentieth century politics. An ardent socialist and pacifist, his long political career had important connections with Lancaster: he stood twice, uns... 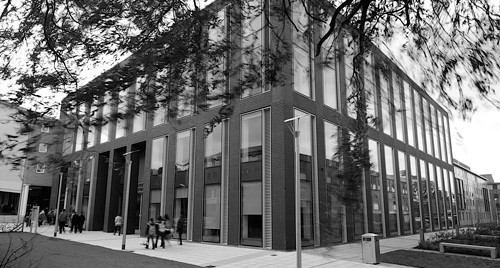 Charles Carter is an important figure in Lancaster’s recent history, having served as the University’s first Vice Chancellor from 1963-79. What many people may not know, however, is that, as a Qua... 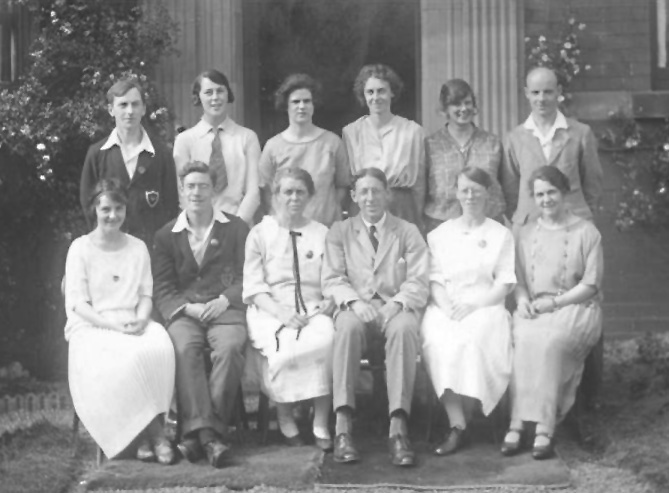 Alwyne Walmesley was a Lancastrian Quaker, a teacher and a conscientious objector during World War One who was imprisoned twice for his pacifist belief.... 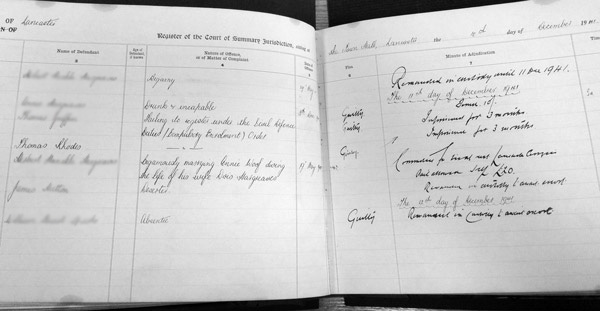 Thomas Rhodes was a conscientious objector living in Lancaster throughout the Second World War. In 1939 he co-founded the nine-member Lancaster branch of the Pacifist Advisory Bureau. ...

Silent Histories from Lancaster Royal Grammar School: Changing attitudes to conscientious objection at the school and the service of former pupils in the Friends Ambulance Unit....

Gerald Pryke describes his experience as a conscientious objector during WW2, including detention in a disused cotton mill in Chorley and a tribunal in Lancaster Castle. Elsewhere he explains that he ...

When the Military Service Act of 1916 introduced conscription to Britain, Albert Tomlinson, aged 25, was working as a marble carver for his father’s business, producing tombstones at their workshop ...

Henry Alty, a joiner from Pilling, objected to the war on religious grounds. He was court martialed at Oswestry, where he was subject to brutality. Following concerns about his treatment, questions we... 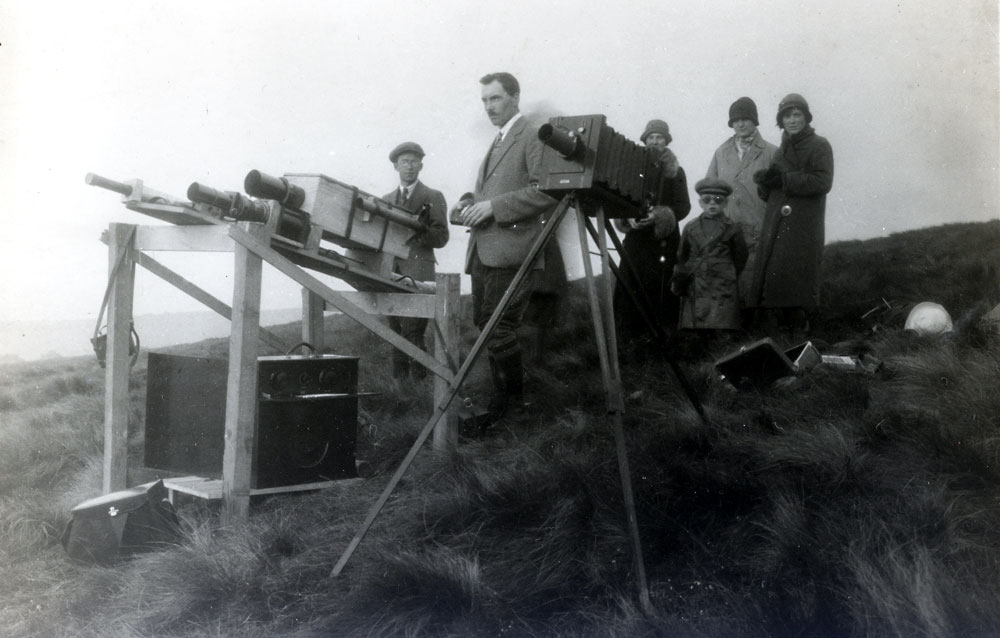 Cyril Walmesley was born in Lancaster on 4th April 1890 to James and Caroline Walmesley. James was the head at the Friends School in Lancaster. Cyril studied, with his younger brother Alwyne, at their...

Albert Ashworth, brother of Walter Ashworth was the fourth generation of boot and shoe makers and sellers to help run the Rochdale family firm. He was anxious to keep the firm going during World War O... 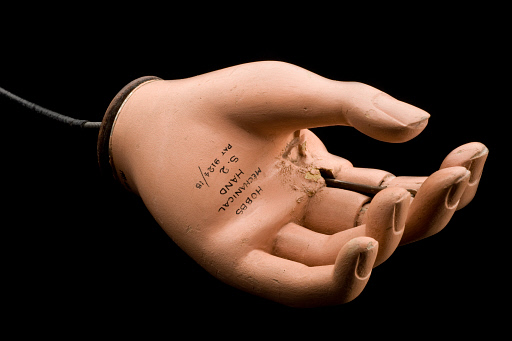 The experience of Walter Ashworth, brother of Albert Ashworth, as a conscientious objector in World War One is far from typical. As a man with artistic training he was able to seek out work of nationa...

Fred Crossley was a Lancastrian Quaker who, at the outbreak of war, was living and working as an engineer in Bentham, North Yorkshire. When conscripted, he joined the Friends War Victims Relief Commit...

Ann Berry tells the story of her great uncle, Joe Garstang, from Preston. As a committed socialist and member of the No Conscription Fellowship, Joe took an absolutist stance and refused to have anyth...

Emanuel Nunes Ribeiro of Salford, Manchester, was conscripted. He was denied exemption from military service by a tribunal. Ribiero was an absolutist and refused to co-operate with conscription or to ...

Harry Ainsworth grew up amongst the cotton mills of Blackburn, moving to Preston to work as clogger. His political affiliations led to his conscientious objection and, after being judged to be a genui... 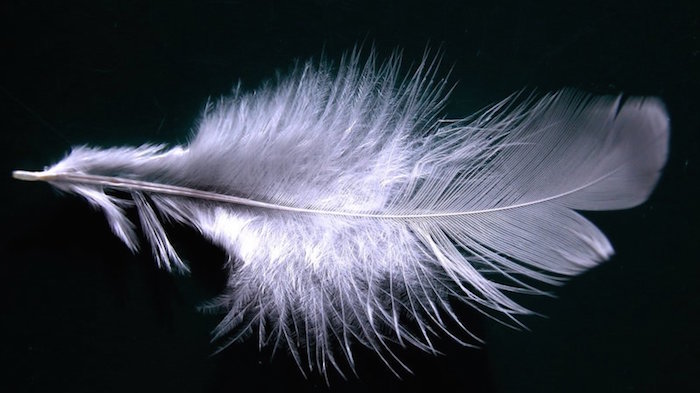 The Northern Friends Peace Board was founded by Quakers in the north of England in 1913 and still exists today as a witness for global peace. Zephyrine Barbarachild describes the context in which the ...

Norman Witham’s story stands in contrast to some others in that his objection to war service was based on his membership of the Wesleyan Church. He agreed to serve in the Non-Combatant Corps and did...

Lancaster Royal Grammar School (LRGS) has historical links to the armed forces and a relationship with the local regiment. With the onset of war in 1914 it was perhaps natural for Old Lancastrians (OL...

Arthur Watts, 1888-1958, was from a Quaker family in Manchester that strongly opposed militarism and conscription. Arthur volunteered at national level on behalf of the Friends Service Committee and a... 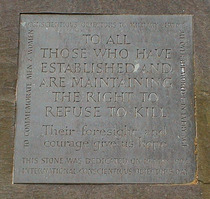 The introduction of conscription in World War 1 was by no means unexpected. It was clear from the outset of the war that lives were being lost on an unprecedented scale and that the conflict would not end as quickly as initially predicted. Consequently a number of pacifists, including Fenner Brockway, had founded the No Conscription Fellowship (NCF) in 1915 and taken action to prepare for this eventuality. A particular achievement of the NCF was the inclusion of a ‘conscience clause’ in the 1916 Military Service Act which allowed exemption from conscription on the basis of ‘conscientious objection to the undertaking of combatant service,’ the first time conscientious objection was introduced into law anywhere in the world.

In practice, the implementation of the conscience clause was problematic. All conscripted men who claimed conscientious objection faced a tribunal where their case would be reviewed by a local panel. It is clear from the records, however, that these panels were often highly unsympathetic to the COs’ position and/or uncertain as to how to enact the guidelines on the conscience clause.

Conditional exemption was not acceptable to the ‘absolutists’, most of whom were committed pacifists and who refused to undertake any form of alternative or non-combatant service.

The outcome of a tribunal would depend on the exemptions granted to the person claiming conscientious objection. A CO could be given either: i) full exemption from military service with no conditions; ii) exemption conditional on undertaking an ‘alternative’ civilian service; or (iii) exemption only from combatant duties, i.e. the use of weapons, in the army. Very few COs were ever granted full exemption but conditional exemption was not acceptable to the ‘absolutists’, most of whom were committed pacifists and who refused to undertake any form of alternative or non-combatant service. One such absolutist was Alwyne Walmesley, a CO from Lancaster, who was twice imprisoned. Alwyne was a Quaker whose faith meant he rejected any form of violence. Many, though by no means all, COs objected on the grounds of their religious belief.

There was fairly widespread public condemnation of COs during World War 1 who were often dismissed as ‘shirkers’ or ‘cowards’, particularly given the increasingly evident suffering of those at the front. As a prominent CO and peace campaigner, Fenner Brockway faced considerable hostility when he attempted to stand for election as Lancaster’s MP shortly after the war, in 1922. However, the conditions faced by incarcerated COs were appalling. At least 73 COs died in prison, some went on hunger strike and were force-fed, many were held until long after the war had ended and the right of all COs to vote was removed for 5 years. There is no doubt that it took a lot of strength and courage to continue to hold fast to one’s beliefs under such duress.

COs and War Relief Work

Some COs were able to square alternative service with their conscience and many of these so-called ‘alternativists’ worked for organisations such as the Friends War Victims Relief Committee (FWVRC) or the Friends Ambulance Unit (FAU), both founded by Quakers. Alwyne Walmesley’s older brother, Cyril Walmesley, who was also a Quaker CO, volunteered for the FWVRC IN 1915, long before conscription was introduced, and served throughout the war until 1919. Organisations such as the FWVRC and the FAU provided vital support to those affected by conflict in both world wars. A number of COs, like Cyril, continued to work in relief work after the war and many demonstrated great courage, often in extremely dangerous situations.

In 2014, Global Link received Heritage Lottery funding to support volunteers to research further stories of World War 1 COs from across Lancashire. These stories reveal a hugely varied and sometimes complex range of motivations, reactions and experiences in response to the call to war. There is no single CO story, as the articles below clearly demonstrate:

Conscription remained in Britain from the end of World War 2 until 1960, during which time men were required at age 18 to do two years’ National Service in the armed forces.

Conscription was re-introduced at the start of World War 2 in 1939, including from 1941 single women between the ages of 20 and 30 for war work. This time, the system for dealing with COs was better set-up from the outset. In 1939, a Central Board for Conscientious Objectors (CBCO) was created, headed by Fenner Brockway, and the tribunal system was improved. Lancaster Castle was the site of some of these CO tribunals.

This does not mean, however, that COs did not face recriminations or sometimes come into conflict with the law. Charles Carter, an academic and Quaker who would later became the founding Vice Chancellor of Lancaster University, served a three month prison sentence during the Second World War before joining the Friends Relief Service. Thomas Rhodes, a Lancastrian Quaker, was imprisoned for refusing to undertake compulsory fire-watching duties.

Conscription remained in Britain from the end of World War 2 until 1960, during which time men were required at age 18 to do two years’ National Service in the armed forces. The CBCO continued its work through this period, supporting young men who refused the call-up on conscientious grounds.

Conscientious Objectors Around the World Today

We do not have conscription in the UK any more and people in this country are therefore not called to test their principles in the same way as were the COs of the two world wars. However, conscription still exists in many countries around the world and some people therefore still find themselves at odds with the state on the basis of their conscience. War Resisters’ International tracks those held in prison around the world for conscientious objection and International Conscientious Objector Day is marked every year around the world on May 15th to remember those who have invoked the ‘right to refuse to kill.’ [1]