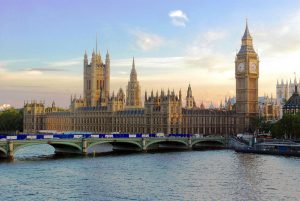 One of the earliest broadcasts on ‘2LO’, a radio station in London, was an address by Miss Bondfield. This was reported in ‘The 1929 Elector’ newspaper. Under the heading ‘Women won’t have a war government,’ Miss Bondfield stated that it was up to the women voters whether the next Parliament would be a ‘Parliament of Peacemakers.’ She claimed that the Labour Party had consistently campaigned for peace and blamed the Conservative Government, in power since 1924, for ‘reviving suspicion and fear among the nations,’ and saying it had ‘brought upon the world once more the dreadful danger of war.’ She claimed that the country was spending £200 a minute in preparation for war and pointed out that war was a menace to ‘everything that a woman holds dear.’ (1)

1929 saw the first UK General Election in which all women over the age of 21 could vote. Although the Labour Party won most seats, it did not have an overall majority. Margaret Bondfield was elected Labour MP for Northampton in 1923 and re-elected in 1929. She was the first woman to hold a seat in The Cabinet, as Minister for Labour. (2)