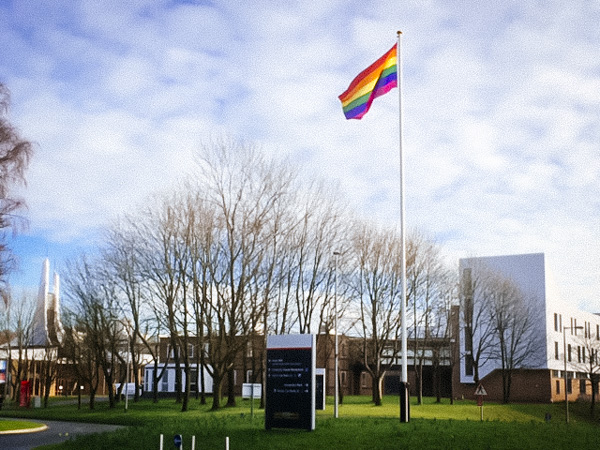 Lancaster University was founded in 1964 and from its early days became a major focus for LGBTQ activism in the area, as many students and staff embraced the emerging liberation ideology of the period. Hundreds of students came out as gay and lesbian, creating positive awareness campaigns, political protests against homophobia and a defiant same-sex social scene. As a result, Lancaster had the reputation in the 1970s as the ‘Queer University’. The university’s Gay Soc (now LGBTQ and Friends) held regular meetings on campus and there were discos in the Chaplaincy Centre. Some students were also involved in the radical organisation, the Gay Liberation Front (GLF). In 1972, the GLF staged a successful protest at a Cliff Richard concert in the university’s Great Hall organised by the Nationwide Festival of Light, a Christian movement which was campaigning against the development of the ‘permissive society’.

The university also hosted a number of LGBTQ events during the 1970s: CHE held its Northwest regional conference at the Chaplaincy Centre in 1976 and the Lancaster Gay Group and Gay Soc jointly hosted a conference of the Northwest Gay Activists Alliance, a group which was formed at the time of the blasphemy court case by Mary Whitehouse against Gay News, and for a few years held conferences for discussion and planning and exchanging advice on methods of protest (not forgetting a final disco).