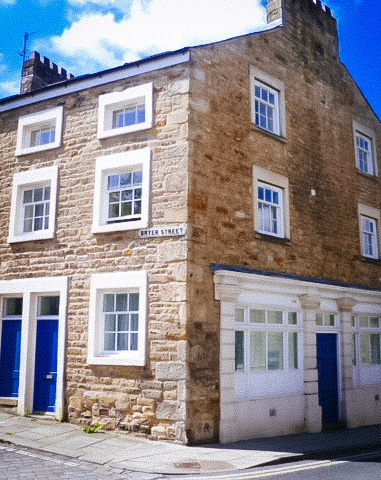 The Plough pub was scrubbed out, patched up and partly repainted after negotiating permission from Lancaster City Council in the early 1970s and then opened as a refuge for women escaping domestic violence and their children. It was set up by feminists and lesbians and run by volunteers and paid workers, who initially raised funding for jobs from the ManPower Services Commission. It was linked to the national Women’s Aid organisation, the national coordinating group for the feminist initiated refuges. The Plough also later functioned as a women-only information and meeting space and early meetings of Greenham Common women’s peace camp supporters took place there in the early 1980s.

In the early 1990s, a group of women from Lancaster worked with North British Housing Association (now People and Places) to set up Lancaster and District Women’s Aid (LDWA, now Empowerment). LDWA was challenged formally by the local authority who voiced their fears that setting up a place of safety for women in Lancaster would attract vulnerable women who may subsequently have to be housed in Lancaster. LDWA – undaunted – continued campaigning. Petitioning on the streets of Lancaster and Morecambe, LDWA also met some strong anti-lesbian responses from local communities. LDWA finally successfully established a new women’s refuge (present location confidential) which to this day offers safety for women seeking refuge from domestic violence.