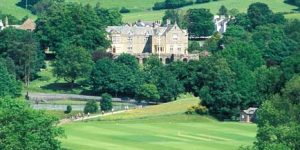 The annual Summer Rally was usually held in June at the Preparatory School and pupils from Sedbergh School Branch of the League of Nations Union attended the meeting. In 1937, Mr F. W. Parrott of Kirkby Stephen presided over the meeting, which had a good attendance. The special speaker in 1937 was Mr Harold Pownall of Grasmere who spoke on the four points of the International Peace Campaign.