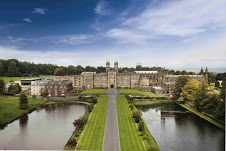 The Stonyhurst Union Debating Society was very active and popular in the 1930s. Its importance is reflected in the detailed reports of the debates in the school magazine. These demonstrate a clear awareness within the school of the League of Nations and its political significance, as well as an awareness of the political situation and international crises in the 1930s.

In 1933, shortly after Germany had left the League, the Society debated that it ‘considers war to be inevitable within the next decade.’ This motion was carried. The Manchurian Crisis sparked the motion that ‘Japan is a menace to the hegemony of the white races’ in 1934 and was carried only by the president’s casting vote. However, a motion that ‘the world is heading for chaos’ was lost. The role of the League of Nations was considered in a debate in 1935: ‘In the opinion of this House, the League of Nations has justified its existence’. The Society agreed. In 1936 the Abyssinian Crisis  was debated: ‘This House would welcome a defensive and offensive alliance between Italy, Germany and England,’ the motion being narrowly defeated. The Government’s actions and policy in the Munich crisis of 1938 were approved of by the Society. With the increasing threat of war in 1939, the pupils debated that they ‘would welcome the formation of a United States of Europe as a solution of recent recurrent European complications.’ The motion was lost.