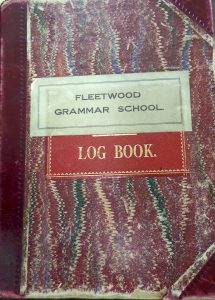 Fleetwood Grammar School was opened in 1921. There are no school magazines for the 1920s or 30s. The School Logbook shows an interest in the League of Nations  from the mid 1920s, when Mr Whelen of the League of Nations Union (LNU) gave a lecture on the League to the whole school. Unfortunately, by its very nature the Logbook is brief, so details are lacking. The next lecture recorded in the Logbook was given by Mr Wilson of the LNU in 1929 and that was followed by Commander Catterall.