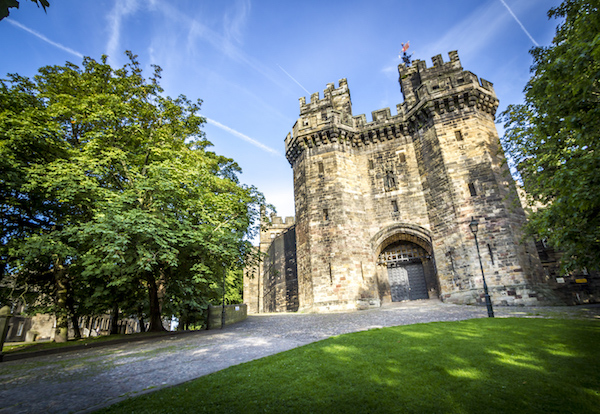 In 1806 at Lancaster Assizes Isaac Hitchen, Thomas Rix, Joseph Holland, John Powell and Samuel Stockton were found guilty of “sodomy” and hanged shortly afterwards for their crime at Lancaster Castle. Another piece of LGBT history is preserved on an internal wall (not on public view) in the John O’ Gaunt gatehouse, where in 1741 John Bailey created some graffiti, using Georgian gay slang, about how he had been “committed for kissing”. The graffiti suggests that Bailey had been arrested by Brindle, most likely a member of the Society of the Reformation of Manners who, in the 18th and early 19th centuries, took it upon themselves to try and stamp out drinking, gambling, prostitution and homosexuality.