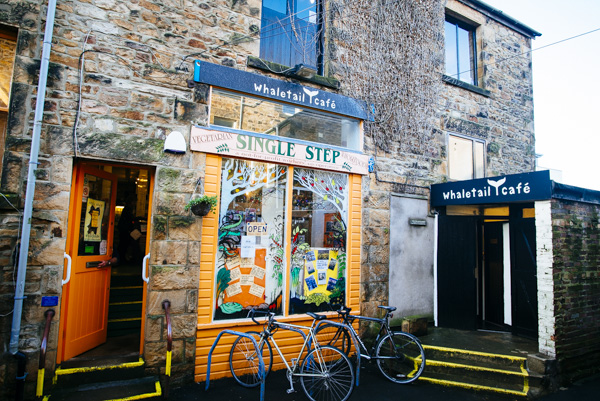 Lancaster Gay Switchboard was set up by the Lancaster Campaign for Homosexual Equality (CHE) group in 1976 (the first such helpline in the Northwest) and relaunched in 1991 as Lancaster Lesbian and Gay Switchboard. Staffed by volunteers and open two nights a week, the Switchboard aimed to provide support and information to LGB&T people locally and throughout the region. By the time it closed in 2007 it had received a total of over 7000 calls. Fundraising discos were held upstairs. In 1979 the Switchboard, supported by the CHE, took a complaint to the Press Council concerning a piece written by John Junor in the Sunday Express about the Lancaster Gay Switchboard in which he suggested it promoted ‘discrimination in favour of queers’. Junor’s article galvanised a strong response from various gay groups in Lancaster and the Press Council upheld the complaint.

Another helpline that operated from Single Step was Aidsline (later Aidsaction then Positive Action for HIV), which was set up in 1987, with the support of Lancashire Health Authority, and ran until 1995. Aidsline was open one night a week providing support and information for anyone affected by HIV and did a lot of work in awareness-raising and training around HIV. Single Step also hosted meetings of the Lesbian Line feminist group in the 1990s and women’s discos were regularly held there in the basement and later upstairs.