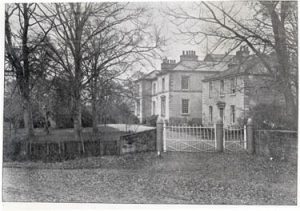 The Friends’ School at Wigton was founded in 1813 as a private boarding school by the Society of Friends (Quakers) and closed in 1984. The School’s Association was set up to organise activities to fill the pupils’ leisure time. It was a society run by the pupils with teacher oversight and met monthly. At each meeting two pupils reported on political, economic and social events in the news from a local, national or international angle. The minute books of the Association could be brief, but they also showed an awareness of international issues, for example in 1928 recording the signing of the ‘Kellogg Peace Pact’  (1)

In 1927 the Mary L. Irwin Peace Prize was established in memory of a former pupil. This annual prize would be awarded for an essay or diary that was concerned with the ‘question of peace and establishment of international goodwill.’ (2) Two pupils attended the League of Nations Union Summer School in Geneva in 1928. In the 1930s there was a full and wide-ranging programme of speakers. These included Helen Byles Ford , who visited three times to talk on peace and disarmament. (3) The Headmaster also explained about the Peace Ballot  to the pupils in 1935. Mr Montagu Butler and James Harrod spoke on different occasions about Esperanto and international contacts in 1936. In the same year pupils went to the (Friends’) Evening Meeting at Wigton to hear Mr James Drummond on ‘Training for Peace.’ (4)