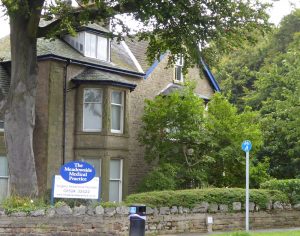 One of the features of the Lancaster League of Nations Union’s annual programme were the outdoor social events during the summer months. These had various purposes. They served as an antidote to the formal indoor talks and campaign speeches, which were the main activities of Lancaster LNU. The Secretary, Mrs Dowbiggin, admitted that the ordinary monthly meetings were intended to be ‘educational.’ These outdoor occasions were also money-raising events. A garden sale was held annually from 1923. In 1927, £6 6s. (£6.30) was raised. The wealthier members of Lancaster LNU acted as hostesses. Miss Barrow of Bowerham Road provided the venue in 1927 and 1928 for ‘garden parties,’ while in 1930, Miss Dawson lent her garden at Aldcliffe Hall. There is no indication as to whether ‘ordinary’ people on limited incomes felt welcome.

There was however a serious side to these apparently relaxed events. The programme would often include a serious talk. In July 1922, Mr J. H. Dalton of Thurnham Hall, held a meeting at his mother’s house in Borrowdale Road, when he gave an account of his experiences at the League of Nations’ Geneva Conference the previous year. In 1927, as part of a local Disarmament Campaign, the special guest, Mr P. M. Oliver, an ex-Liberal MP, spoke at a meeting in the Vicarage garden. The following year Mrs Helen Byles Ford of Bentham spoke on the ‘Kellogg Pact’ at Miss Barrow’s. In 1924, an archaeological visit to Cockersands Abbey  included talks on the League of Nations.