Humphry Berkeley was Conservative MP for Lancaster between 1959-65, a period when male homosexual activity was still illegal in Britain and many men were being arrested, tried and imprisoned. Nick Beddoe describes Berkeley’s 1965 Parliamentary Private Members’ Bill, which attempted to legalise homosexuality, and some of the responses in his local constituency. While Berkeley’s bill failed and he then lost his Lancaster seat at the general election that same year, homosexuality was finally decriminalised in England and Wales in 1967.

Humphry Berkeley, 1926-94: Lancaster MP who Challenged the Law Against Homosexuality 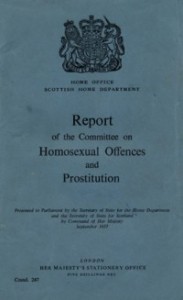 Humphry Berkeley was elected Conservative MP for Lancaster in 1959. In 1965 he won second place for Private Members’ Bills and as a result he decided to put forward a bill aimed at the legalisation of homosexual relations between men [1].

The Social Climate at the Time of Berkeley’s Bill

The social climate around homosexuality in the mid 1960s, at the time of Humphry Berkeley’s bill, was oppressive to say the least. Gay men and women had mostly always lived in fear of revealing their sexuality, with some exceptions at the top levels of society. They had good reason for doing so because the general attitude towards them was hostile. In the not-too-distant past their sexual orientation could have meant a death sentence, as the Isaac Hitchen case illustrates [2], and male homosexual activity was still criminalised [3]. Indeed, arrests and prosecutions of gay men had increased since the end of World War 2 [4].

The social climate around homosexuality in the mid 1960s, at the time of Humphry Berkeley’s bill, was oppressive to say the least.

As a result, homosexual men were forced to live in a world where their activities had to be ‘off the radar.’ Many developed their own specific ways of communicating and meeting, which ranged from things such as secret meetings and secret signs, through to living what could only be described as ‘double lives.’ Added to this, the discovery of what they were doing could result in a two-year prison sentence, if not longer. Blackmail was prevalent at the time with many gay men, in particular, having to pay blackmailers in order not to have their lives and livelihoods destroyed. A very poignant film which illustrates the phenomenon of blackmailing homosexual men is Victim (1961), starring Dirk Bogarde, which powerfully portrays the fear and paranoia of the time.

Berkeley’s bill was based on the Wolfenden Report (named after Lord Wolfenden), published on 4 September 1957. The Wolfenden Report (The Report of the Departmental Committee on Homosexual Offences and Prostitution) was hugely important as it was full of pertinent recommendations that had, for a long time, needed addressing, for example: ‘That homosexual behaviour between consenting adults in private be no longer a criminal offence’ and ‘That questions relating to ‘”consent” and “in private” be decided by the same criteria as apply in the case of heterosexual acts between adults’ [5].

The committee sat for three years and came to the influential conclusion that ‘there must remain a realm of private morality and immorality which is, in brief and crude terms, not the law’s business’ [6]. Jeffrey Weeks has noted that by recognising consensual male homosexuality as a matter of private and personal choice, the Wolfenden Report ‘conjured into being for the first time in British law the notion of the distinct homosexual personage’ [7]. It was this Report which helped form the legal case for Berkeley’s bill.

Berkeley’s bill was given a second reading by 164 to 107 votes on 11 February 1966, but the bill collapsed shortly after when parliament was dissolved and a general election was called. Berkeley lost his Lancaster seat in the election and subsequently blamed his defeat on the opposition to and unpopularity of his bill on homosexuality.

Berkeley’s bill was based on the Wolfenden Report (named after Lord Wolfenden), published on 4 September 1957.

Local press coverage in Lancaster in the run-up to the second reading of the bill paints a slightly different picture, however. Indeed Berkeley revealed at a press conference that ‘I have so far had only eight letters from people who oppose my bill, of these six were anonymous and criminally abusive. If the writers had signed the letters the police could have prosecuted’ [8]. Conversely, he also stated that he had received over 200 letters from all sections of the community, including people who had to administer the law and clergy, who were in favour of his bill. 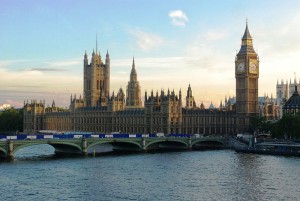 When the bill was given its second reading in the House of Commons not only was Berkeley supported by some passionate speeches and clapping from the gallery, his free vote majority was 57. More importantly, the Lancaster Guardian reported afterwards that ‘In recent months both Gallup and National Opinion polls had been taken on whether the public believed a change in the law on the lines of the Wolfenden proposals was desirable. In both cases 63 percent supported a change’ [9].

After this second reading, the local press in Lancaster published a number of letters for and against the bill, many of them well constructed and thoughtful on the subject. Some were given over to the complexities of government and parliamentary processes, such as a letter from Alan Horsfall, Secretary of the North Western Homosexual Reform Committee, that mentions the possibility of the bill being re-introduced: ‘It could, as you say, be re-introduced by Mr Berkeley under the 10 minute rule or by another Member lucky in the draw for private Members’ time. There is however another way. The Bill could be taken over by the new Government’ [10].

‘I was disturbed and disgusted with Mr Berkeley trying to pass a law to protect Homosexuals. I wonder how the ladies feel about these weaklings. I also wonder what the school children think when they read such trash.’

By this time the number of letters to Humphry Berkeley in support of his bill had risen to 500, whilst those against stood at about 40. Again, some of these were reported as abusive. In response to this claim, someone wrote to the Lancaster Guardian to say: ‘Cheers to the others who have written against Mr Berkeley’s Bill, they at least are trying to be Christians, and one thing for sure, abuse cannot ever be as un-Christian as an act of this nature. If I address the end of my letter to Mr Berkeley. Sorry sir, but you won’t get my vote if only for this one reason from a Christian point of view; did God make us to act like this, Man with Man?’ Another letter against the bill starts thus: ‘I was disturbed and disgusted with Mr Berkeley trying to pass a law to protect Homosexuals. I wonder how the ladies feel about these weaklings. I also wonder what the school children think when they read such trash’ [11].

Berkeley as a Person who tried to ‘put things right’

Much more could be written about the bill and the social climate of the times, ranging from the issue of blackmail through to attitudes towards the then Archbishop of Canterbury, Michael Ramsey. Ramsey supported Berkeley’s bill and also had strong opinions on things such as the death penalty. His support upset many in the church community.

Humphry Berkley will be remembered as someone who had the courage to attempt to bring in the bill and also as someone who changed parties because of his views. Once described as ‘an enfant terrible who never grew up’ [12], he nevertheless remains one of Lancaster’s more interesting MPs. Although he failed with the bill, he was a person who had the conviction to try and help to ‘put things right.’

Although he failed with the bill, he was a person who had the conviction to try and help to ‘put things right.’